Sometimes you see a game and the idea is so good and simple that you wonder why you didn’t think of it. Dig In (age 8+, 2-4 players) from Drumond Park is one such game!

It’s just as simple as this. You get a card with six pictures on it. All you need to do is pick up the items from the card out of the bowl. For example, there’s a banana on your card, so you pick out the banana. That’s it.

The card won’t just tell you to pick out a banana. It’ll tell you to pick out a red banana. And in the dish, there will also be a green banana, yellow banana and a blue banana. The card will also have a green hat, a blue rabbit and three other coloured items. And the bowl will have all of those items in three different colours too. And other items in multiple colours as well. And you only get 15 seconds to do it.

After everybody gets 15 seconds, it’s a free-for-all and you all get to Dig In and try and find your items too. All at the same time.

It is as chaotic and fun as it sounds! You end up kicking yourself for not finding the piece that was RIGHT IN FRONT OF YOU THE WHOLE TIME. It’s a mad dash game which, in the absence of complex rules, is a great leveller. Kids will beat adults and humiliate them, and we all know how much kids love that.

Dig In from Drumond Park (rrp £19.99) is available at all good toy stores! 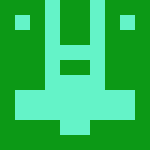